The Sprint to FI

The Creeping Menace of Subscriptions 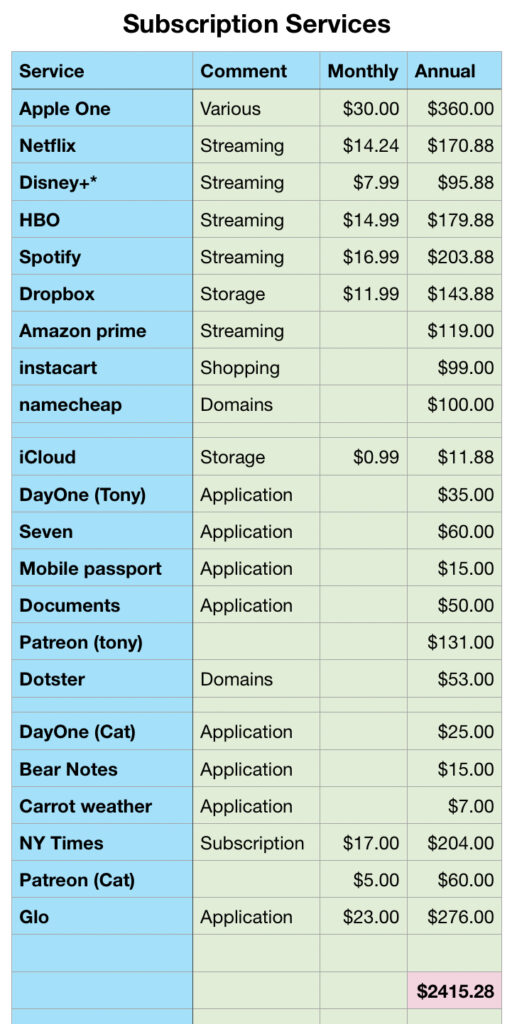 *Disney+ is part of our phone plan from Verizon

As you can see, we spend $2415 a year on Subscriptions!  This is way too much and so we need to cost reduce somehow.  So we started to look in detail in terms of what were using and how.  One of the more recent subscriptions we picked up is Apple One.  This is $30 per month, but it provides:

Cat got it for the Apple news subscription but using the storage and music subscriptions, we can eliminate the need for Dropbox and our Spotify family Premium plan.

Cat and I went over the list to see what else we could eliminate.  Many of the application subscriptions could be scaled back or eliminated completely and I let go of some domains I had been hanging onto, cost reducing my Dotster fees. We also realized that we only used Amazon prime for watching the Grand Tour and the odd movie here and there but we could likely replace that with the Apple TV+ part of the Apple One subscription.

In the end, this is the list of changes we came up with:

So where does that leave us in terms of what we are continuing to pay for: 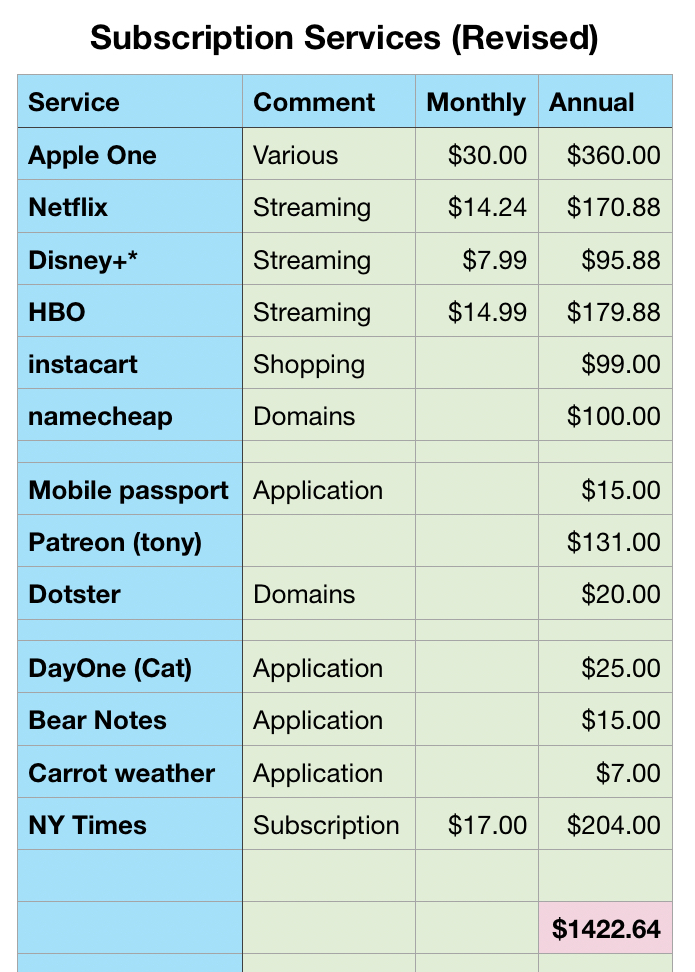 Doing all of these things, and moving music, storage and fitness into Apple One has saved us about $1000 per year.  So in essence we have almost cut our subscription expenses in half but kept most of our functions (Music, fitness apps, storage etc)!  Not bad for a couple of hours work of a Saturday morning over coffee.